I discovered Grace Potter through Sirius.  This basically means I owe them my life.  It’s like they introduced me to my (music) soul mate.

I used to drive all around Southern California when we first moved here.  I stopped anywhere from Long Beach to Santa Barbara and sold wines to grocery stores.  It was a lot of fun, but I had a lot of time in between stores.

I bought a Bluetooth.  I made a lot of phone calls.  And I listened to a lot of Sirius radio.

My bike is now my mode of transportation, but whenever I go home my parents have Sirius on.  And when I was home last month I caught this gentleman singing “Sleep”.  I immediately added it to my Spotify playlist, and kind of forgot about it until it would come on.

But recently, I caught Stone on Conan.  And then on David Letterman.  And he was not at all what I expected from that awesome, soulful voice. 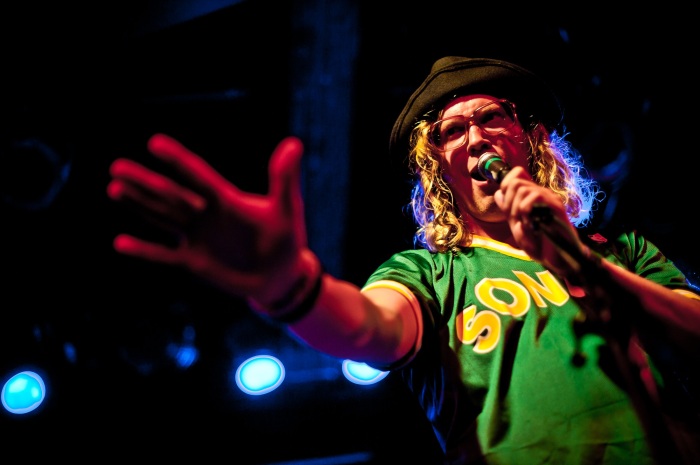 What’s that?  A hippie?  With that much soul?

The son of a preacher, Stone released his self-titled album and began touring.  He started showing up on national television and in big name magazines.  And all of this before he was signed.

His sound almost reminds me of Stevie Wonder.

If you’re back in Maryland and going to the Virgin Mobile Fest, please go see this guy for me.  I am insanely jealous.

This next video was recorded in his mother’s living room.  Because where better to record a video than your mom’s living room?

I’ll be listening to this album for a while.