This year I have learned many useful things.

But possibly the most random thing I learned this year so far?

How to tie a bow tie.

Ridiculously enough, my job requires a bow tie as part of the uniform.  Yes, even for us women folk.  And yes, it’s a real bow tie.

In the service industry, most of us learn how to tie a tie sometime in our teens.  I wore an ice-cream tie rotated with an M&M tie for much of my Macaroni Grill career.

But the bow tie is one step above.  Even grown men who wear suits six days a week don’t know how to tie bow ties.  I get challenged on a daily basis by business men that my bow tie is a clip on.

My first day wearing a bow tie was a strange (semi-low?) point in my life, but it started off YouTubing exactly how to make this work.

After a few times watching and pausing and rewinding and tying in front of a mirror… my bow tie looked like this. 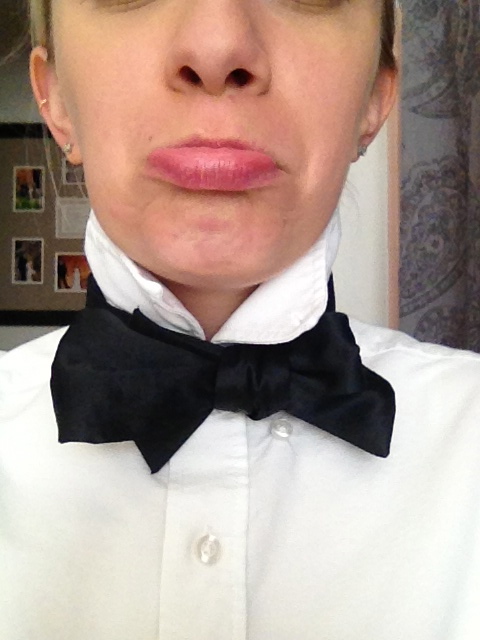 Charles would not be proud.

But after a couple more tries, I had come up with something resembling an actual bow. 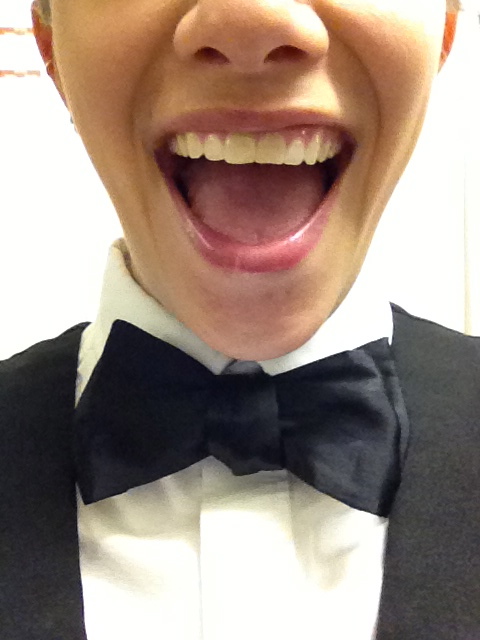 And now, a few months later and having to wear a bow tie roughly 4 times a week, I’m pretty darn good at it.  I can get to work 2 minutes before my shift and have the perfect silly cartoon character bow tie on and behind the bar by 6:00 sharp. 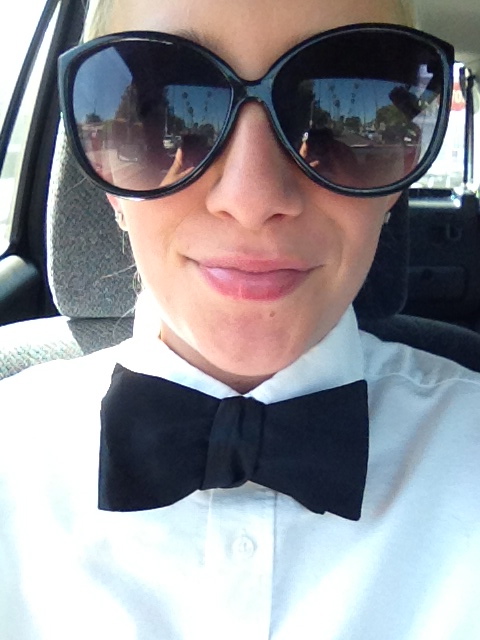 Doesn’t it go well with my ridiculously large sunglasses?

Even this one above is early in the bow tie tying days.  I am almost upset about it enough to put on a quick bow tie and take a picture of it for you… Almost.

What a strange, strange talent to have.

I think I’ll put it on my resume?