In the summer before seventh grade, I went to summer camp.

(This seems a little random to write about in mid-October, but stick with me here.)

By seventh grade you had graduated from Nature Camp, where you’d been going every summer since third grade.  No more archery and friendship bracelets.  No more fishing with pieces of hot dogs or canoeing in circles around that little lake.  You were off to the big leagues.

In Camp Discovery, you boarded a twelve passenger van every morning – usually loaded up with canoes, tubes, or equipment – and headed off to some awesome day-trip.  We would rock climb.  We would go caving.  We’d go hiking or tubing or camping or any crazy outdoor activity that 11 year olds go nuts for.

And one of the best perks was we could bring in music to listen to on our way to these adventures.  I specifically remember this is where I first discovered the Beastie Boys through the endless play of “Intergalactic” one summer.  And this was also where our counselor, Chris, shut down the Grease Soundtrack because they say shit in Greased Lightning.

(I was so mad about that at the time.  How can you turn off Grease!?! Grease is so innocent!  As an adult, I realize he was probably just absolutely sick of that soundtrack and hoping for more Beastie Boys.)

But as much as seventh grade is a time where you’re discovering your tastes in music, I was also a little boy crazy.  And at Camp Discovery, I was boy crazy for this kid named Matt Powers.

He was a year older than us.  He went to a different middle school (I think?).  And whatever he was into, I was into.

I don’t remember much else about Matt Powers except that one day he brought in Fiona Apple‘s new album, Tidal. 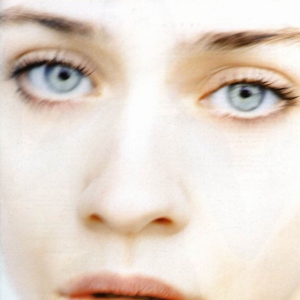 Listening to it now, it doesn’t sound like something I’d be into in seventh grade.  I mean, look at the Billboard Hot 100 from that year.  I was listening to Mariah Carey, Celine Dion, the Waiting to Exhale Soundtrack (I was obsessed with this CD), Jann Arden, Merril Bainbridge, Toni Braxton, Ace of Base, Sheryl Crow and No Doubt.  Although, I’m loving how much R&B and hip-hop is on that chart.  I got into that by the next year, for sure.

No, Fiona Apple was kind of grungy, kind of spacey, kind of jazzy, piano driven awesomeness.  There wasn’t funky production or diva vocals going on here.

But Matt Powers liked her, so I bought that album.  And I learned every word and every note.

I bring this up not because I ever think of Matt Powers anymore, although I should have stuck to liking guys who taught me about music rather than the jocks I ended up dating for years.  The wonderful man I married won me over with two CDs he burnt for me after I told him there were absolutely no songs with the name Kelly in them.

He proved me wrong.  I married him.  And (Kelly The) “Insistor” by Tapes n Tapes still makes me smile every single time I hear it.

No, I bring up Matt Powers and Camp Discovery because I just stumbled across Criminal while hanging around listening to music this afternoon.  It inspired me to listen to Tidal as a whole once again.  And every time that I hear this album, I fall in love all over again.  I think this album started molding my 11 year old mind into accepting and being interested in all kinds of music, no matter what categories it does or doesn’t fit into.  It sparked my love of jazz and jazz vocalists, it sparked my interest in singer/songwriters and writing lyrics, it brought me outside of the mainstream pop world, and it got me listening to female vocalists who had unusual voices.

Still an unusual, beautiful, and haunting piece of work.

So thank you, Matt Powers.  Wherever you are.  You had pretty good taste in music back in 1996.

There was an error retrieving images from Instagram. An attempt will be remade in a few minutes.