Deep breath.  Today is my Friday.

It was a wacky weekend for me.  Extra shifts, tragedy in my hometown, friends going missing (and ultimately being alright), weird situations at work, and a couple of restless nights of sleep.

But last night there was the Grammys.  A nice little mind-vacation from the drama of life.

Unfortunately, I don’t have time to get into every single performance, but I will give you my highlights.

Beyonce & Jay Z.  Do I even need to say more.  Queen Bey lost her ear piece during the first chorus and still sounded fab.  Even Brad said that he thinks she got more hot after becoming a mother.  Beyonce can do no wrong right now.  Also!  I loved the shot during one performance when Beyonce is in the front row holding a giant snifter of cognac, I’m sure.  Love you Bey. 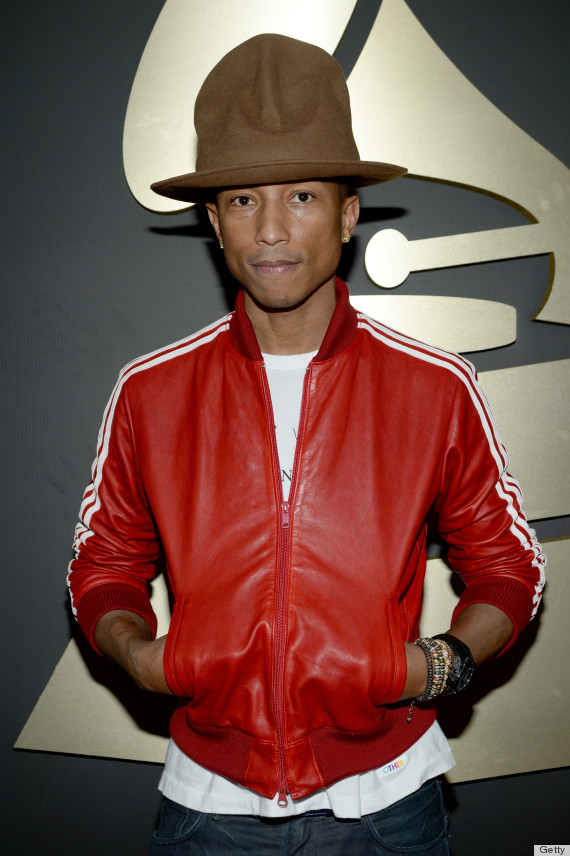 Pharrell.  Bringing hats back.  I loooooved these hats.  I even put my own hat on just because I wanted to get on the bandwagon early.  Note to self: buy more crazy looking hats.

Daft Punk.  Love the robots.  LOVED their set, even though all they were doing was pushing fake buttons in their fake DJ booth.  Stevie was wonderful.  Interesting how soul from the 70s can somehow blend seamlessly into soul/dance from 2014…

Pink.  Wtf.  I’m impressed with your acrobatic skills, ok?  How many times are you going to fly above an awards show without a safety harness?  You’re freaking me out!

Lorde.  Love the girl’s music, but was a little weirded out by her performance last night.  I get it, she’s doing her own thing.  But her vocals didn’t sound nearly as big and mature as they do on her album and that is a major problem for me…  I will YouTube some of her live stuff tonight to compare.

Taylor Swift.  Sit down already.  You are so annoyingly in everyone’s face.  And you’re a terribly awkward dancer to hip-hop music.  (Ok, maybe this is the Grammys fault.  Put Taylor Swift in the rambunctious section next time.  Poor Sean J=Lennon sitting behind her.)

Imagine Dragons and Kendrick Lamar.  Killed it.  I haven’t heard better rock/rap since Jay Z & Linkin Park.  And I loved that they were dyed red the rest of the night.

John Legend.  Love the song.  Love your voice.  Thought the light on your wife the whole time was a little (a LOT) corny, but whatever.

Robin Thicke.  I am so over you.