I woke up last week and had the urge to make something crazy.

For some reason, I thought that cheese would be crazy enough to satisfy my craving.

Nursing our hangovers on New Years Day, Sarah found a recipe for sheep’s milk ricotta in a copy of Modern Farmer Magazine I had laying around (yep…).  Once we were ready to get off the couch, we made a New Years Day attempt at cheese making, which actually had turned out really, really well. 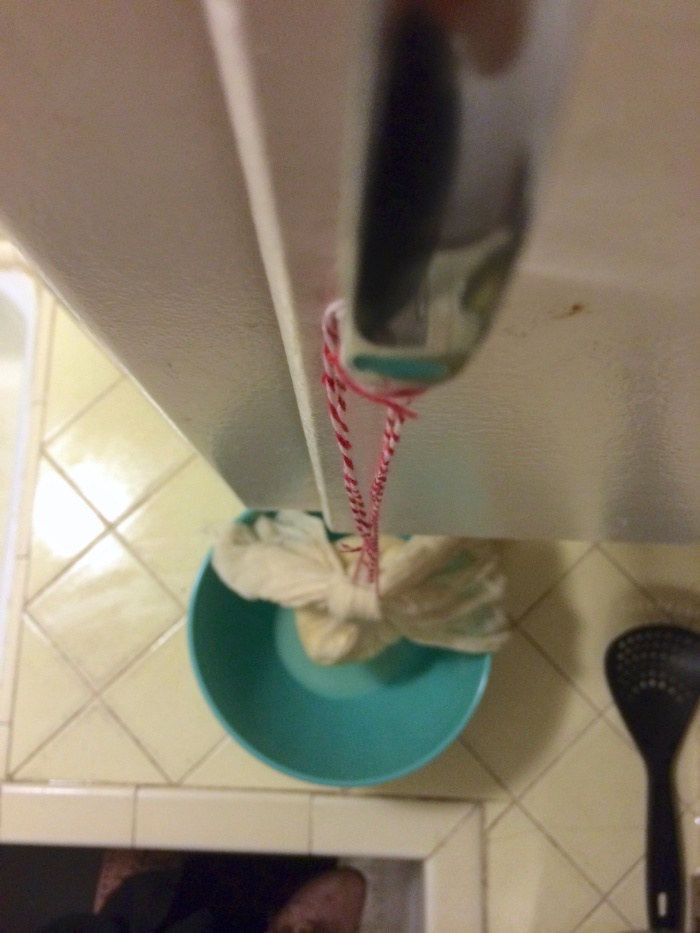 We made ricotta and butternut squash ravioli and then I used the rest of the leftover cheese on salads for the next week. 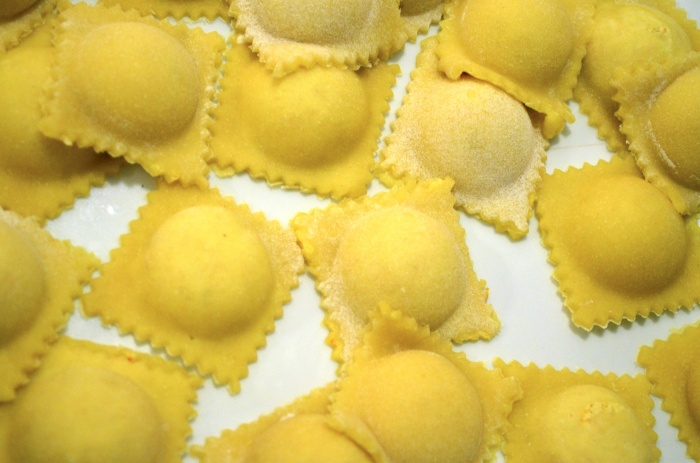 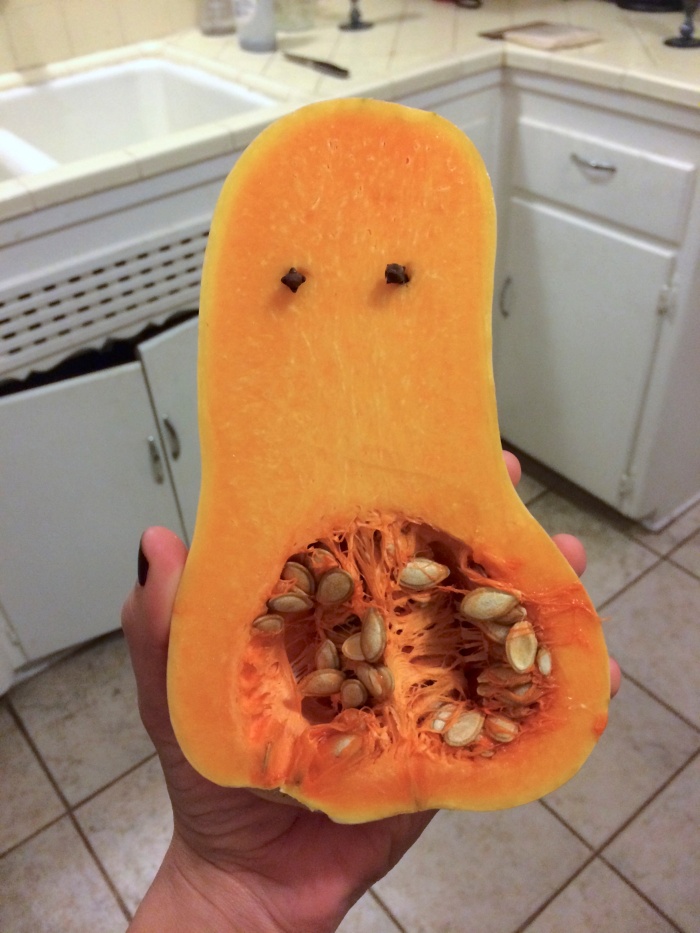 (had to throw this guy in there… hahahaha)

But this time, I was going to try something different…

Burrata!  I thought.  Since I love to eat burrata so much, I must be good at making it, too!  So I googled and researched and tried to find a good recipe to try.  I found a million recipes from bloggers and Martha Stewart alike…

But all of them used a freaking microwave.

Sure, our apartment came with a microwave.  It was attached to a weird slip-on shelf thing that didn’t match anything else in the kitchen, but slipped right over our stove.  Literally right over, like maybe 12 inches right above the flame.

So we took that baby right off.  It’s probably in the garage somewhere.

Anyway, I couldn’t help but get frustrated with all of the microwaves.  I placed immediate blame on Pinterst.  To make burrata, you basically have to make mozzarella, and then wrap the finished mozzarella around some of the saved curds.  And I’m sure hundreds of years ago in Italy, no one was making mozzarella with microwaves.

There had to be a way.

I finally found a couple of YouTube videos and just dove right in.  Everything I found said that mozzarella was the easiest cheese to make!  I would be great!

I poured myself a glass of Italian wine (to go with the Italian cheese, of course), and got to work.

My first attempt was… alright? 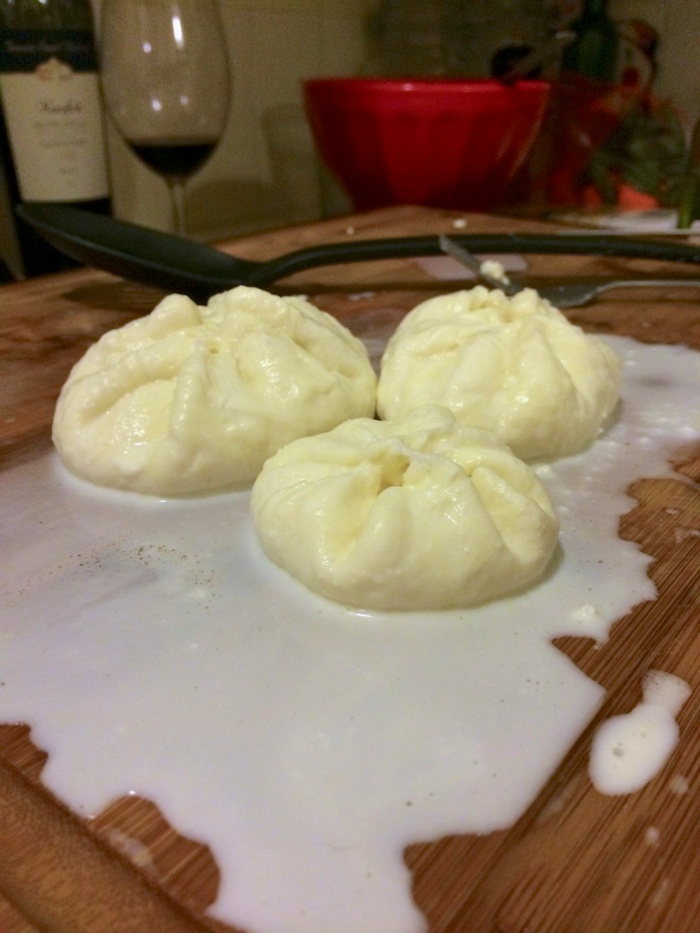 The flavor was there, but the texture was a big old mess.

So day two, with two glasses of Valpolicella left, I bought a second gallon of whole raw milk and dove in.  Except this time I had done a little more research, and I was just going to attempt mozzarella.

Because in the words of Kanye, “you gotta crawl before you ball.”

I think he was definitely talking about balls of mozzarella.  Crawler=Mozzarella.  Baller=Burrata. 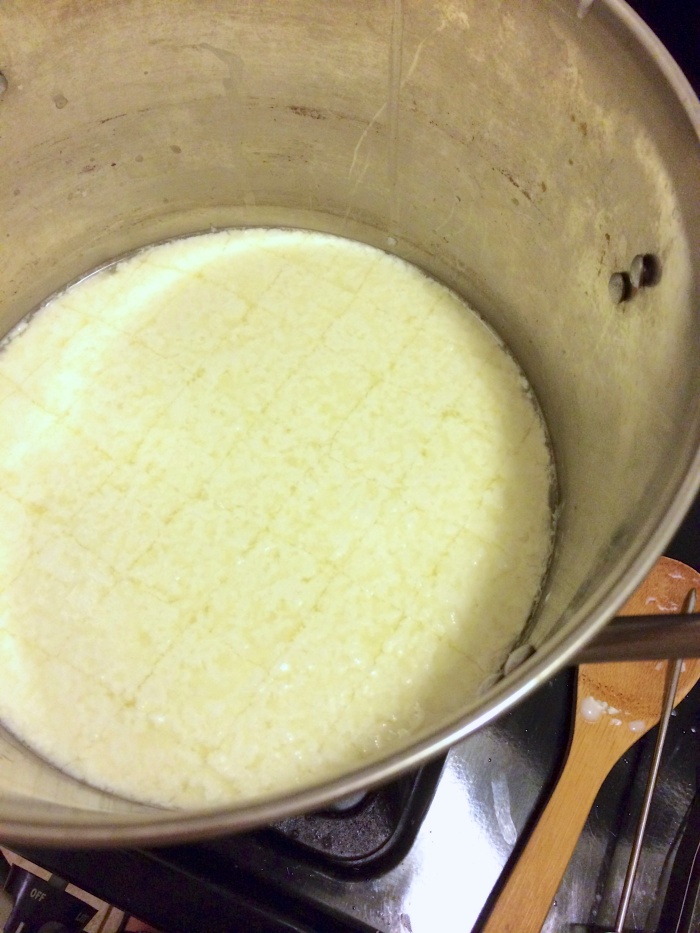 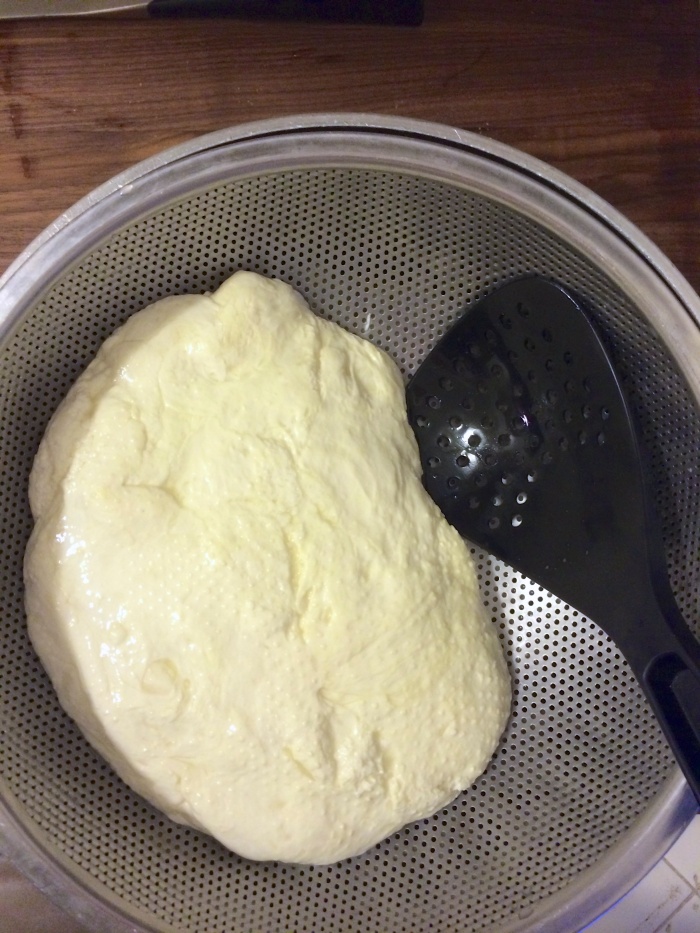 Oh – this second attempt was legit.

My mozzarella was so good that Brad started talking about how I would make all of the mozzarella for our restaurant one day.  He even said that I’d be a bigger asset in the kitchen than running the front of the house between my desserts and my cheese.

Why, thank you chef!!

After I got over that ginormous compliment, I ate my mozzarella like this:

Olive oil, salt, and a sprig of basil.  Simplicity.  Perfection.

The next day I made pizza dough and we ate my mozzarella like this:

Seriously?  I’m going to make this again for dinner tonight.

If you want to make your own, check out this amazing YouTube tutorial by Make Cheese Inc. and use their recipe here.

Dang.  I could never be vegan.