One really awesome part about having friends in town is that you get to do all these “touristy” things you wouldn’t normally think about doing.  For example, the Ferris Wheel, wine tastings, Hollywood Blvd…

After our extravagant meal at the Bazaar on Monday night, Neil, Julie and I sat around Tuesday morning feeling full and kind of gross.  We decided we needed some exercise.  And Gibson always needs exercise, so we decided to go on an adventure.

I Googled “Hike to the Hollywood Sign” because I’d heard you could do it, but unlike everyone I know in LA, I’ve never been hiking here.

We got amazing directions and information from this site (thank you!) and we were off with Gibson in tow.

Turns out we were not only going to see the Hollywood sign up-close and personal, but the original Batcaves from the 1960’s television show were also back up in this area of Griffith Park. 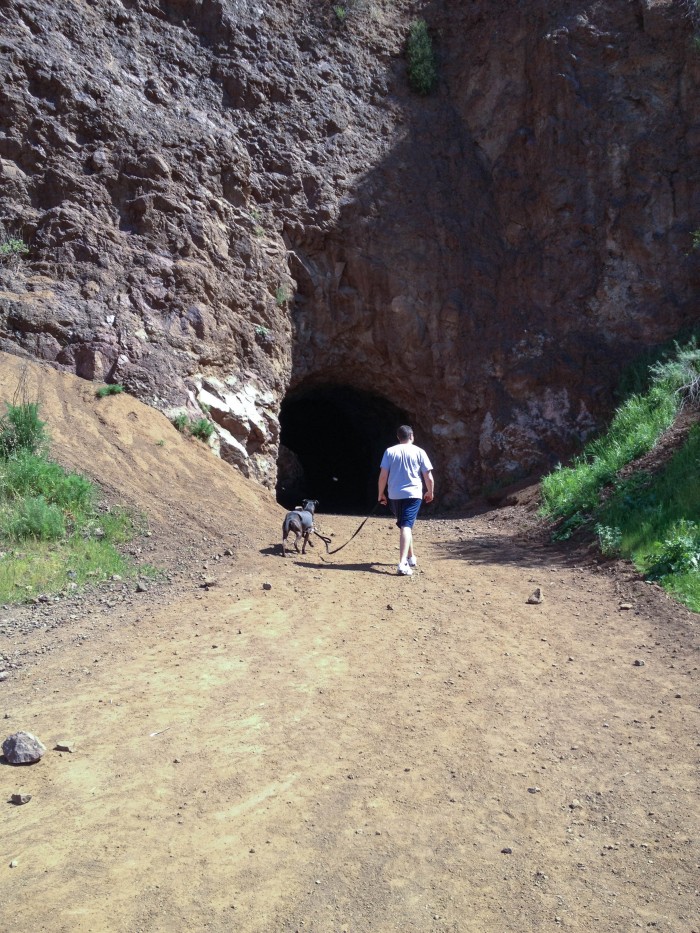 I was kind of afraid of the rattlesnakes I had been warned about.  Gibson was not.

After the slight detour to see the caves, we were up Hollywood Lane.

Gibson quickly lost her thunder shirt because she was being so good and I was afraid she’d overheat.

We hiked and climbed for about an hour and a half… 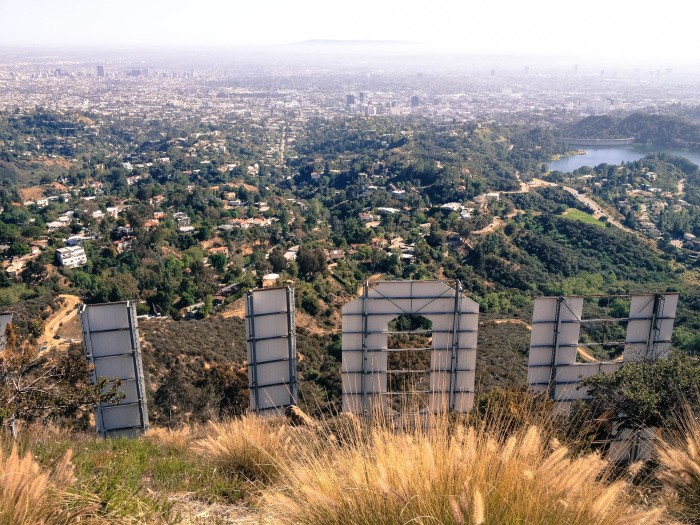 Los Angeles really is a lovely place.  The mountains, the city, the hills, the ocean.

Top of the Mountain Gibson

Being up by the Hollywood sign was such a cool feeling.  It made all the glitz and glamour that I’ve always associated with the town disappear.  It made it feel more real and humble, more approachable and calm.  It was strange to find such a peaceful, quiet place after driving through traffic for almost an hour to get out there.  But the silence was awesome.

Gibson was a trooper, too.  She took a few good water breaks, but kept up just fine on the 6 mile hike.  She even met horses for the first time.

Kind of just looked at them like she didn’t understand what they were. 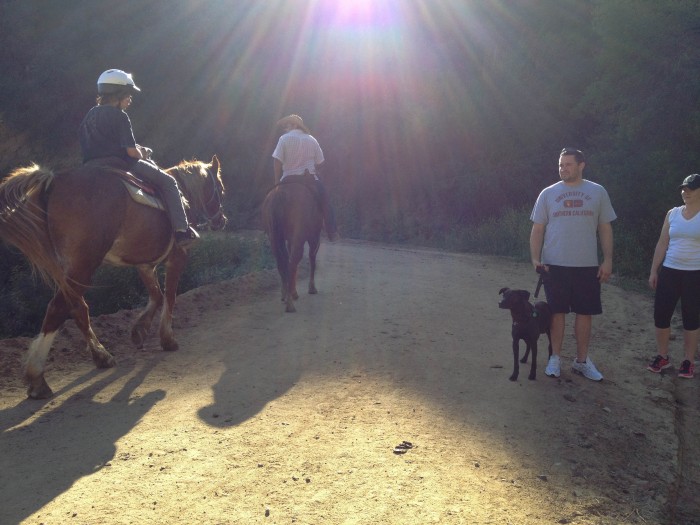 And then when we got into the car she went right for her comfy spot on the floor.  She was in this position most of the ride home.

And this position most of the next 24 hours.

Let me tell you, a tired dog is most definitely a good dog.  It wasn’t until yesterday that I felt like she was back to her skittish/hyper self.  Looks like I’ll be going for a lot more hikes to wear that little one out.  And to work off the rest of the meals we ate while Neil and Julie were here…

One thought on “Gibson Goes to Hollywood”