Yesterday, I had good intentions.

I wrote a blog.  I caught up on a few things around the house.  I edited some photos.  I ate a healthy breakfast.  I made myself tea.  I made a to-do list for the week.

And then, at 2:00, I decided I would do a quick workout before taking a shower and heading out to work.

I put on a fun playlist.  I pulled up one of my saved workouts from my super-hero strength friend Steven.  I tied up my sneakers.  I did two burpees.  The dog always gets excited when I start working out because she thinks I want to play.  She started running around.

I did a third burpee.  Gibson happened to jump up right where I was jumping down into a pushup.  Our heads cracked.  She yelped like I’ve never heard her yelp before.  I basically fell to the floor.

I think March was mad at me for kicking it to the curb.  It was leaving me with a parting gift.

About five minutes later, I had gathered myself and the dog was hiding under the table.  A giant welt had formed on my forehead and I had a splitting headache.  I sent a picture to my manager with the caption “So… this just happened…” and she basically told me to ice my ridiculous injury and stay home from work.

No one wants to order food from someone with a welt this good growing out of their forehead.

(I will not subject you to the photo I shared with her.  Basically, imagine an egg coming out of my forehead and you’ll have it.)

So I spent the rest of the afternoon on the couch, icing my head and trying to convince Gibson that I wasn’t mad at her.  That, and trying to reassure myself that I didn’t have a concussion.  Every time that I’d forget where I set something down or how to spell a word on a text, I started worrying a little.

But then, I got bored of the couch.  And Gibson had started bringing me toys to play with her, so I knew she was ok.  Plus, I suddenly had a craving for chocolate.

Because silence makes me anxious even when I have a nagging headache, I put on a mellow playlist (who knew Spotify has a hangover playlist?  Perfect for minor head injuries, too!) and got to baking. 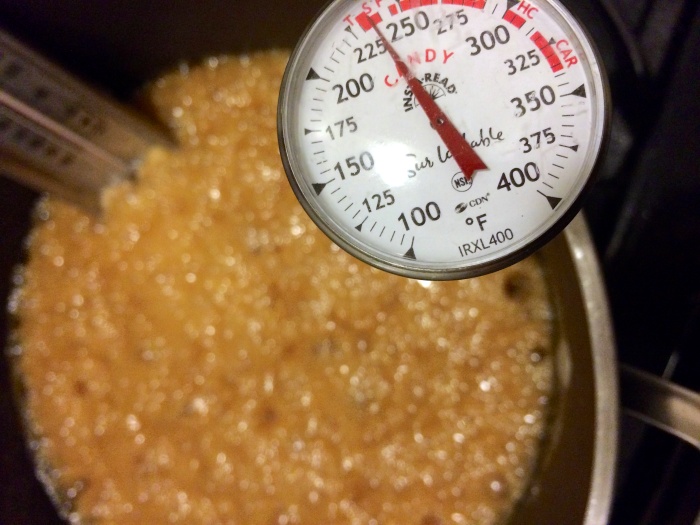 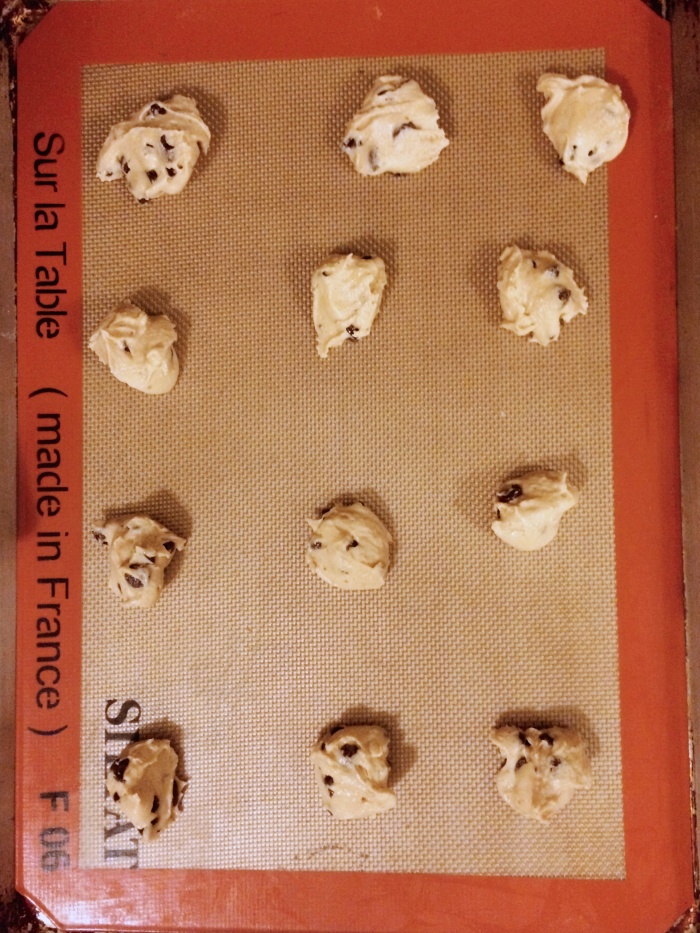 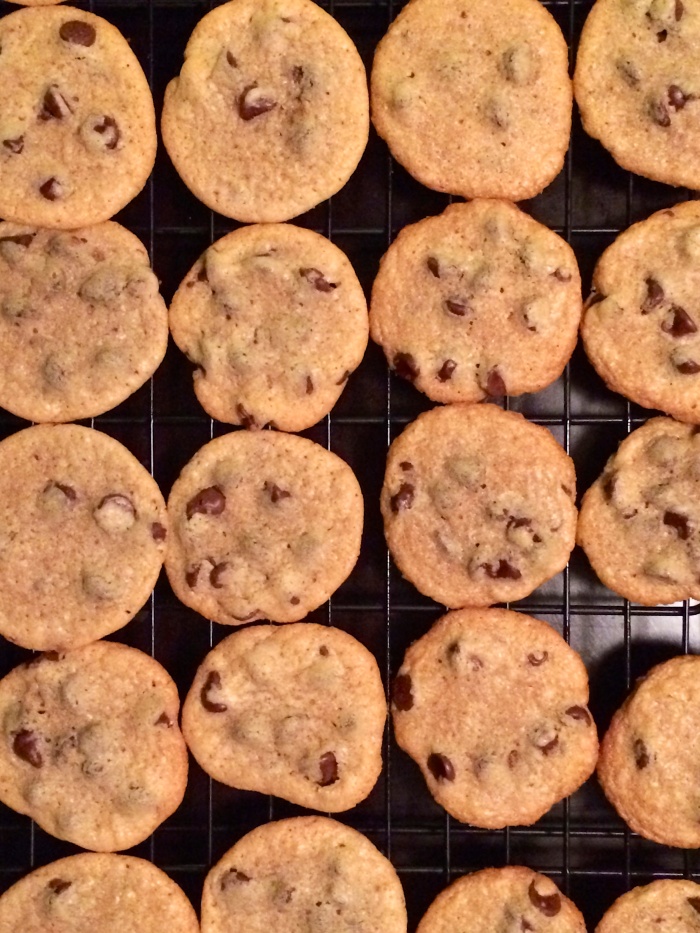 After a while, I realized that this is music I would almost never cook to, as cooking usually goes hand in hand with entertaining for us.  And when entertaining, you usually want something a little more upbeat and exciting.

But not last night.  Last night I was the opposite of upbeat.  And I was on my own.  With caramel and chocolate.  So mellow it was.

I’m sure that many of you sometimes have mellow nights when you have minor head injuries and just want to bake cookies and make caramels, too, right?  Well… for when that happens (I hope the head injury part doesn’t!), here is a good mellow playlist to cook to.

And now, back to icing the forehead.  Thank goodness for makeup.

I’ve actually had kind of a real weekend lately, and with Brad in between jobs at the moment, we had a little time to catch up with each other. Except for Thursday night, when I decided to go to my … END_OF_DOCUMENT_TOKEN_TO_BE_REPLACED

Today is a gray, chilly day in Santa Monica.  I am catching up on work, doing our taxes, and listening to Billie Holiday. Gibson is doing this. Years ago, I received a Billie Holiday box set for Christmas.  I promptly … END_OF_DOCUMENT_TOKEN_TO_BE_REPLACED

I never, ever thought I’d find myself saying this… I realized this morning that I actually enjoy walking my dog. Ok, that’s a lie. It wasn’t this morning. It was early afternoon. There was a holiday party last night, so … END_OF_DOCUMENT_TOKEN_TO_BE_REPLACED

Oh my gosh. After weekends like this one, I swear off drinking for a few days.  Then I get home from a long day at work and see that bottle of wine with just a couple glasses left in it… … END_OF_DOCUMENT_TOKEN_TO_BE_REPLACED

The best word to describe our new apartment?  Calm. Even being on a busier street in Santa Monica and always having cars going by, this new place is absolute calm.  And after the nightmare that our last place turned into, … END_OF_DOCUMENT_TOKEN_TO_BE_REPLACED